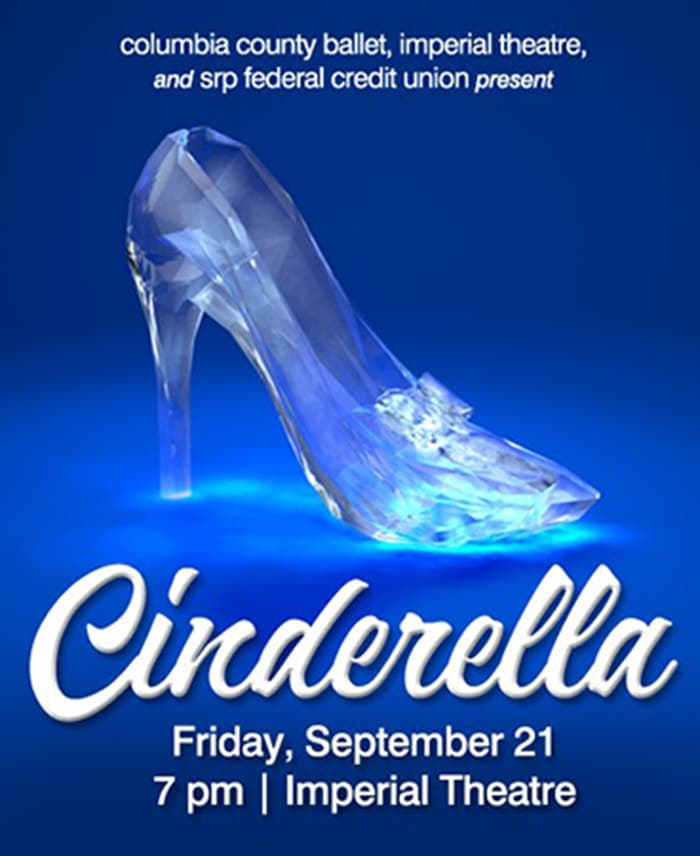 The story of Cinderella can be found in many stories and legends dating back to ancient China. Today, some 1,500 variations of the story exist.  The story we are most familiar with serves as the base of the ballet and was written by Charles Perrault.  It, like The Sleeping Beauty, was one of eight stories in the book titled Histoires ou Contes du temps pass (Stories and Tales of the Past).  Originally, in 1870 the Bolshoi theater requested Tchaikovsky to write the music for the ballet but it never materialized.  Many decades later, a composer by the name of Sergei Prokofiev took on the task of scoring the music for the ballet of Cinderella. He began his work in 1940, but put it on hold during World War II to write the opera War and Peace.  In 1944, Prokofiev picked up work on Cinderella and finished the score a year later.  Based on the world’s greatest fairy tale, the Columbia County Ballet presents Cinderella.