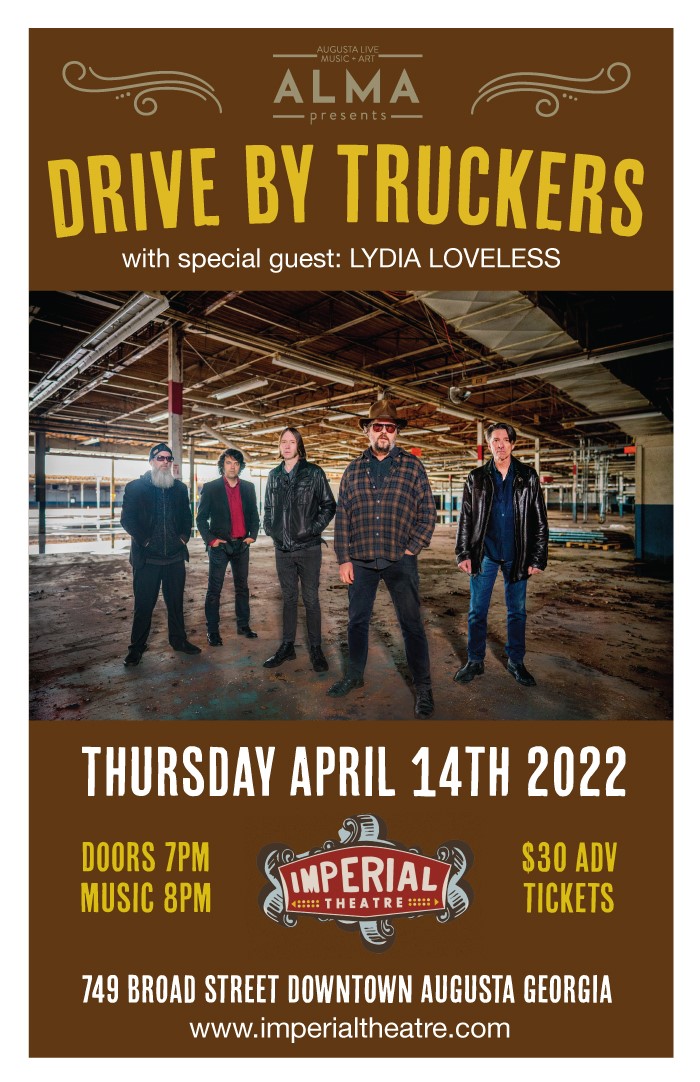 Drive-By Truckers is finally back on the road after the year and half pandemic lockdown. Just in time to celebrate their 25th birthday!

The band had just released its 12th studio album in January 2020. The Unraveling was mostly recorded in Memphis at Sam Phillips Recording Service. The album earned excellent reviews (including later being named “Album of the Year” by Rolling Stone in France) and they set out on the road playing shows up the east coast including NYC, Boston and DC. Unfortunately, the pandemic happened and they only completed one three-week leg of what was supposed to be a 15-month tour.

In lockdown, they all did what they could. Patterson Hood and Mike Cooley played numerous virtual shows from their respective homes. Matt Patton built up his already successful studio (Dial Back Sound in Water Valley, MS) and album productions including acclaimed records from Bette Smith and Jimbo Mathus. Jay Gonzalez released his third excellent solo album Back to the Hive.

With the lockdown ending and shows starting up again, DBT is excited to reactivate in a big way!