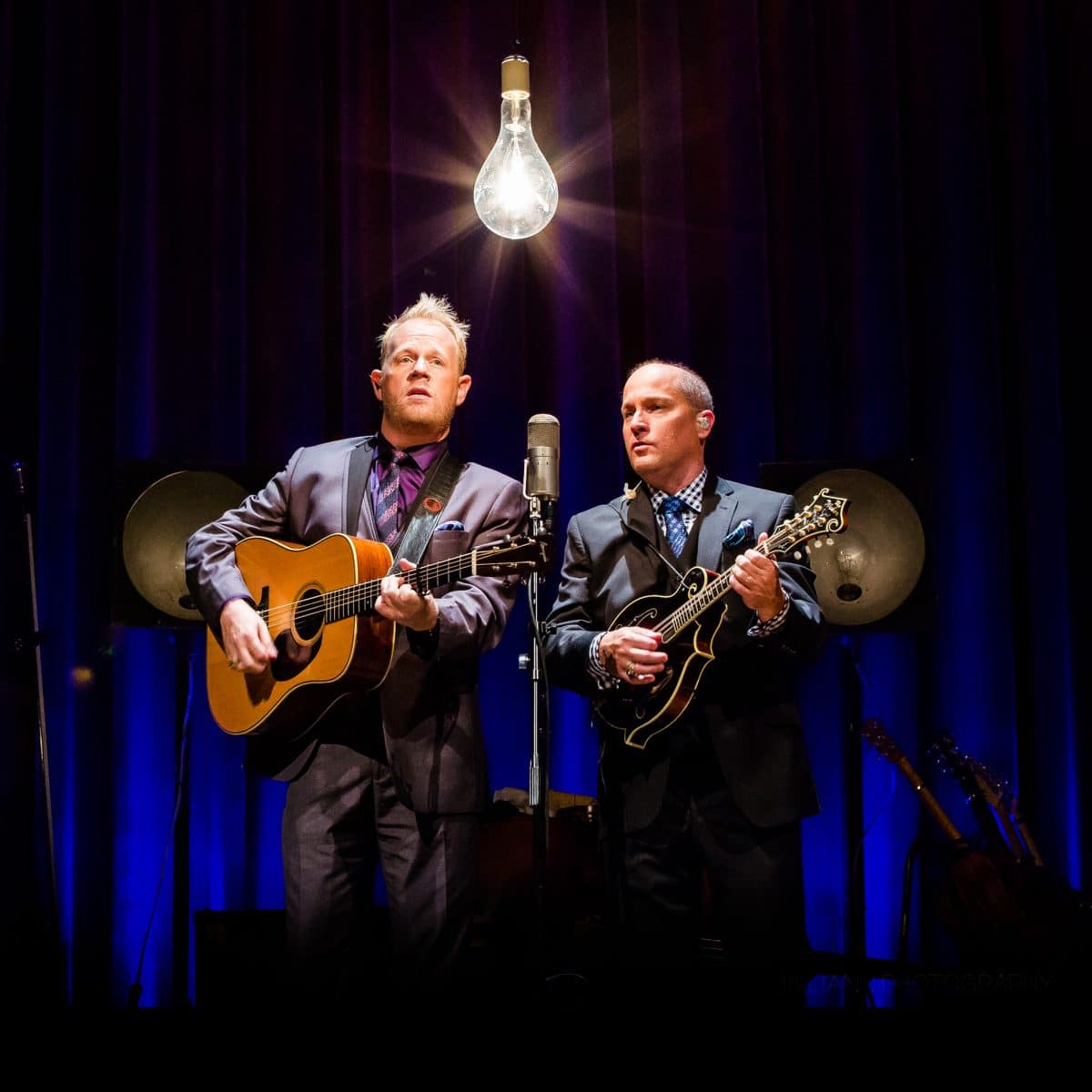 Jamie Dailey was formerly the lead vocalist and guitarist for Doyle Lawson & Quicksilver from 1999-2008. Darrin Vincent was formerly a musician with Ricky Skaggs’ legendary band Kentucky Thunder, and was also part of the famous bluegrass family group The Sally Mountain Show with his sister Rhonda Vincent of (Rhonda Vincent & The Rage).

The group has released six albums for Rounder Records, with five of the six albums having charted on at least one Billboard albums chart. They have also won thirteen awards from the International Bluegrass Music Association and twenty-three awards from SPBGMA (The Society for the Preservation of Bluegrass Music of America) . In 2011, they received a Grammy Award nomination for Best Country Performance by a Duo or Group with Vocal, and won the 2011 Dove Award for Best Bluegrass Album with “Singing From The Heart” In 2013, Dailey & Vincent received their 2nd Grammy Award nomination for Best Bluegrass Album for their album “The Gospel Side Of Dailey & Vincent”.