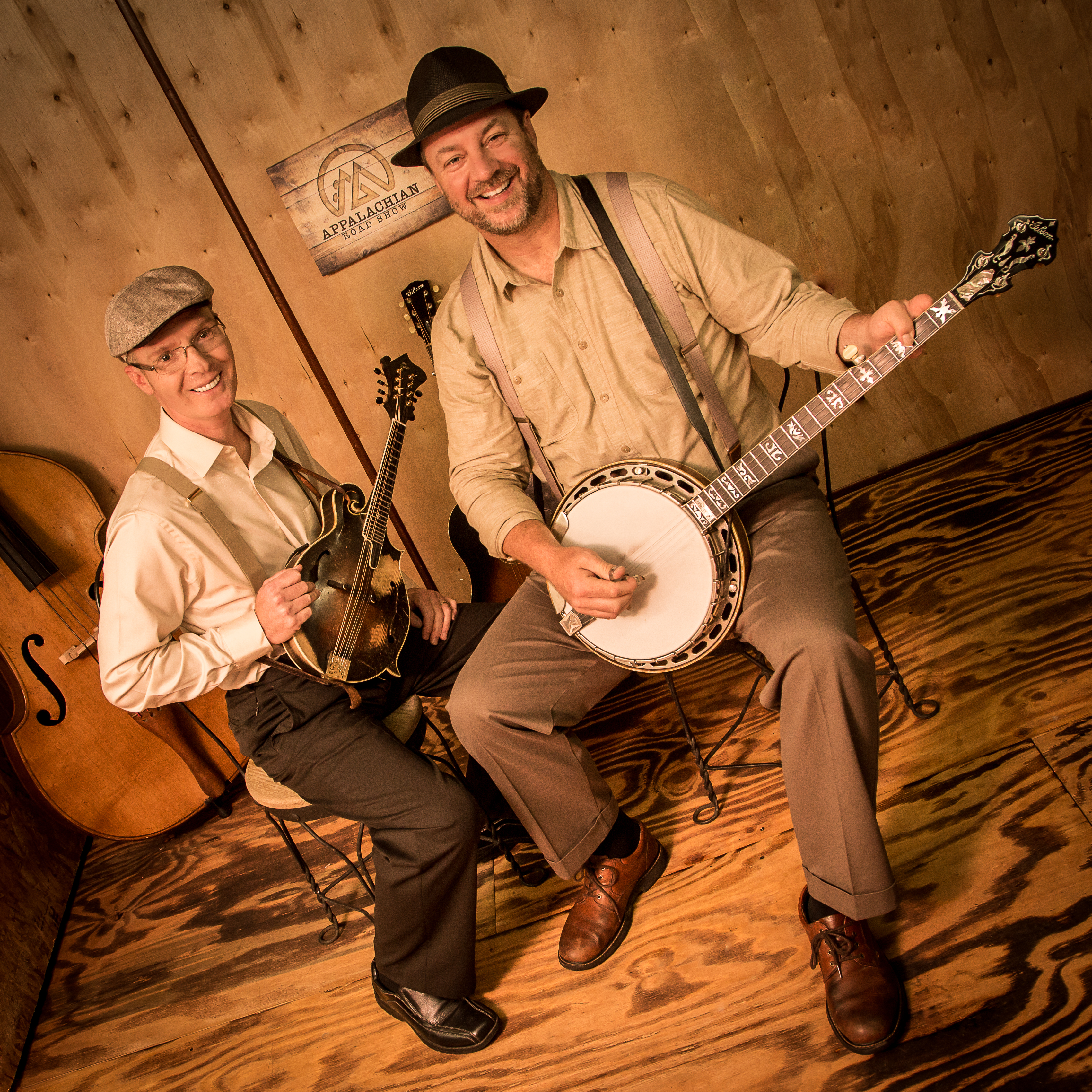 Barry Abernathy was a founding member of the vocal and instrumental powerhouse band, Mountain Heart. The group or its members have won or been nominated for multiple Grammys, ACM, CMA, and IBMA Awards. Abernathy is also known for his contributions to both Doyle Lawson & Quicksilver and IIIrd Tyme Out. The most unlikely thing about Barry’s story is his having been born with just a thumb and part of an index finger on his left hand. Still, in addition to his truly great voice, Abernathy plays a blistering banjo. Because of his hand, he approaches the fingerboard from the top and does the fretting with his thumb and the end of his single-knuckled index finger. The Georgia-born Abernathy was named Banjo Player of the Year in 1997 by the Society for the Preservation of Bluegrass Music of America (SPBGMA).

Darrell Webb is a Grammy nominated session musician as well as an International Bluegrass Music Association (IBMA) and SPBGMA award winner. The mandolin master with the soaring tenor previously headed up his own eponymous band and prior to that, worked with some of the top acts in acoustic music, Lonesome River Band, J.D. Crowe & The New South, Rhonda Vincent & The Rage, was a founding member of the band Wildfire, and Michael Cleveland & Flamekeeper and has appeared on two different albums with Female Country Icon, Dolly Parton. When you see or hear Darrell Webb perform you’ll know why he’s such a big part of the signature sound of Appalachian Roadshow.

With Appalachian Road Show, Abernathy, Webb and their talented all-star cast, including grammy nominated fiddle beast, Jim VanCleve, and legendary bass player, Todd Phillips (Bluegrass Album Band/ David Grisman Quintet/ Tony Rice Unit)  seek to honor the music, traditions and history of the great Appalachian people and region. Additionally, the group takes influences from other sources and applies that Appalachian style, as they’ve done with their top-charting radio single, a grassy version of the Steve Miller Band’s “Dance, Dance, Dance.” Which is currently the number 1 song in The Nation.

Appalachian Roadshow’s self titled release is also currently the number one album in the nation and is receiving great success from promoters, radio DJ’s and many fans throughout the US. To see more about Appalachian Roadshow visit: appalachianroadshow.com

2017 and 2018 Darrell opened for and performing with the Zac Brown Band, these days find him roaming his Tennessee wilderness acreage hiking along the small river, playing music, or sharing each day with the woman he loves, also an artist in her own right.   He often leads songwriting workshops to help people tell their own truths with their stories, and is as busy as always writing, producing, performing, and just plain fully immersing himself at the hips in life.

If one really opens their eyes and sees how incomparably varied in surreal depth and breadth the musical territory he is both delving into and setting the high water mark with,  it leaves the rest in a bewildered wash of gravel road dust and fading taillights.  For good luck finding that two-legged soul who walks around among us who can keep up with him─aint gonna happen.