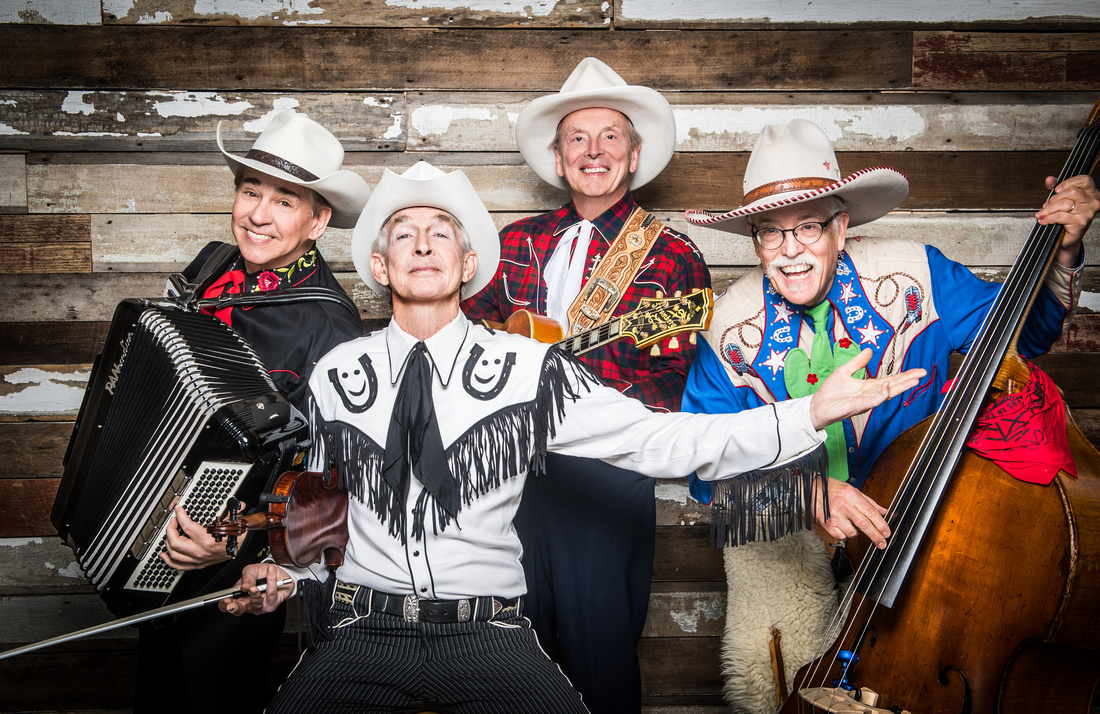 One of the greatest cowboy bands of all time, Grammy-winning Riders in the Sky has, since 1977, released more than 40 albums, starred in a television series on CBS, wrote and starred in an NPR-syndicated radio drama Riders Radio Theater, appeared in television series and films (notably as featured contributors to Ken Burns‘ Country Music).and .have written and performed music for motion pictures. Their family-friendly style also appeals to children.