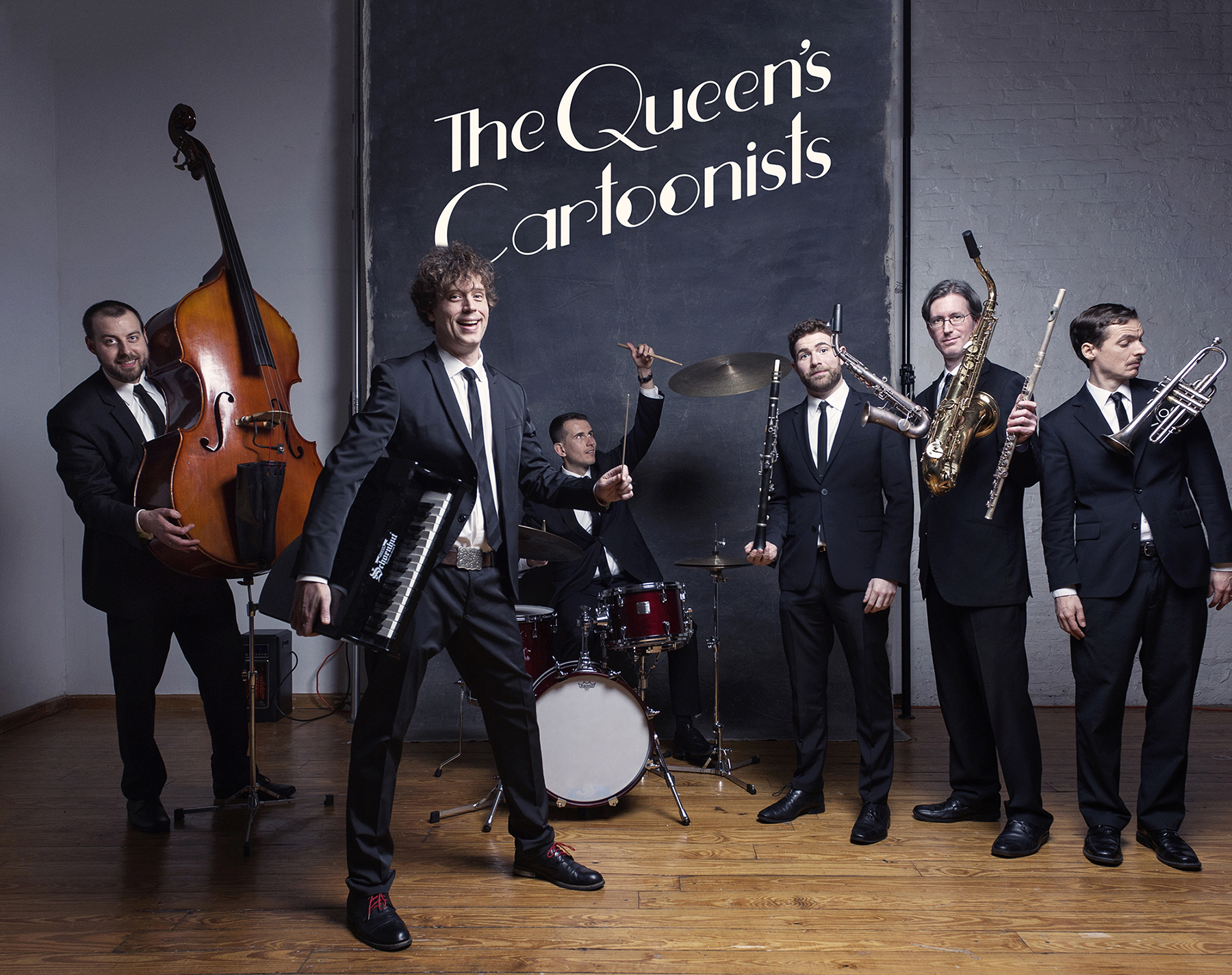 The Queen’s Cartoonists play music from classic cartoons and contemporary animation. The performances are synchronized to video projections of the original films, and the band leads the audience through a world of virtuosic musicianship, multi-instrumental mayhem, and comedy.

Behind the project is a single question is it possible to create jazz and classical music in the 21st century that appeals to everyone? Even people who normally wouldn’t go to concerts? The Queen’s Cartoonists present a concert for everybody – regardless of age, gender, or familiarity with the concert hall.

Tying this diverse concert together are comedic anecdotes involving the cartoons and their composers. The band is on a musical mission of equal parts performance, preservation, and education. Expect the unexpected from repertoire that includes the Golden Age of animation, cult cartoon classics, modern animation, and elements of a musical circus!

Since their inception in 2015, The Queen’s Cartoonists have brought their unique sound to performing arts centers in over 20 states and have opened for the New York Philharmonic. The 6 members, all currently living in Queens, New York, are world-class professional musicians. The band has been featured in numerous major publications, including The Wall Street Journal, The Chicago Tribune, Mashable, and on NPR.

All net proceeds for to the Imperial Theatre Capital Improvement Fund

This production is made possible by a grant from the Porter Fleming Foundation.