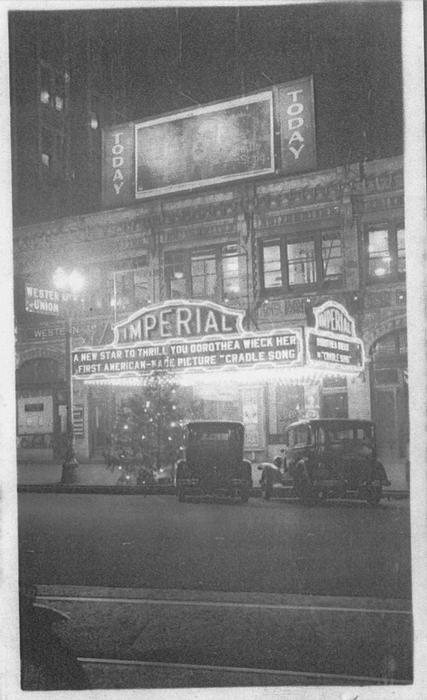 The Wells, Augusta’s Beautiful Theatre was built for the presenting of vaudeville and photoplays to the community by Mr. Jake Wells. The Theatre opened on Monday, February 18, 1918. A reporter for The Augusta Chronicle attended the opening and reported in the paper the following day: “Presenting B. F. Keith’s Supreme Vaudeville Co. Formerly of The Grand Opera House, another Jake Wells operated venue.” It was very successful first week. Below are price listings for opening night.

A Celebrity at the Theatre

Although it is a certainty that a large number of celebrities of the day must have graced the stage of the theatre, only a few are documented in the Imperial Theatre’s archives. Among the earliest recorded appearances was the visit of Charlie Chaplin, who appeared at the theatre on April 16, 1918 selling Liberty war bonds. 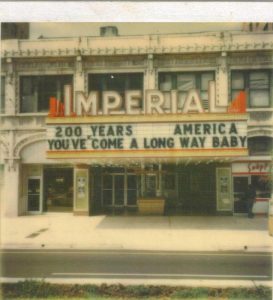 The Wells Becomes The Imperial

On Sunday, October 6, 1918, over 3,000 cases of Spanish Flu were reported. With the death of 52 servicemen from a local military camp, the city announced the closure of all public venues, including the theatre. The quarantine began October 7th, and during this time Jake Wells encountered great financial difficulties. Therefore, he sold The Wells to Lynch Enterprises. On November 27, 1918, shortly after the sale, the quarantine was lifted. Two weeks later the theatre opened under the name of Jake Wells with The B. F. Keith Supreme Vaudeville Co. After the acquisition of several other local theatres by Lynch Enterprises, The Wells Theatre’s was changed to The Imperial Theatre. Throughout the early 1900’s, the theatre continued to provide the city of Augusta and the surrounding area with great entertainment. Included in this bill of fare was Leo Carrillo who later became the Cisco Kid’s partner, Pancho; and the famous ballet dancer Anna Pavlova. It is in the Broad Street Historical District and is listed on the National Register as important to the character of the entire district.

Downtown Augusta is experiencing a resurgence of business and entertainment activity, particularly in the older buildings of the city. The resulting rediscovery is not only of their organization’s history, but also the vintage buildings in the downtown area, which many organizations call home. The Imperial Theatre is no different. Keeping this in mind we would like to consider this part of the website to be an ongoing project.

The Imperial Theatre celebrated its 100th Anniversary in 2018. Earlier that year, with the assistance of Special, Local Option Sales Tax funds (SPLOST) the Imperial completed $1.25 million in infrastructure work, which took place over the course of four (4) years. The work consisted of site work to eliminate flooding issues, installing a new roof surface, replacing aging fire escapes, upgrading electrical systems and HVAC for different parts of the building and replacing the original fire curtain and upgrading the stage rigging. In early 2018 interior paint and plaster work took place along with reupholstering 138 mezzanine level seats, thanks to grants and donated funds, in addition to renovation fees which are charged on ticket sales.

With that work complete there remains $4 to $6 million of additional projects in order to return the Imperial Theatre to its original glory. That work is projected to involve further plaster and paint restoration, replacing/reupholstering the 1st & 2nd Balcony seats, expanding restrooms and making them ADA compliant, some additional dressing room renovations, installing an elevator to access lower and upper floors and finishing out the partially renovated “Western Union Room” for use as a meeting and gathering place, for rehearsals and overflow dressing room space. Your donations are encouraged and welcome to help us reach our goal of completely restoring the historic Imperial Theatre. You may visit the Contributions page to donate. We now accept gifts of stocks if you prefer. Whatever you may be able to donate will be directed for the capital improvement projects intended to preserve the historic Imperial Theatre. Thank you in advance. 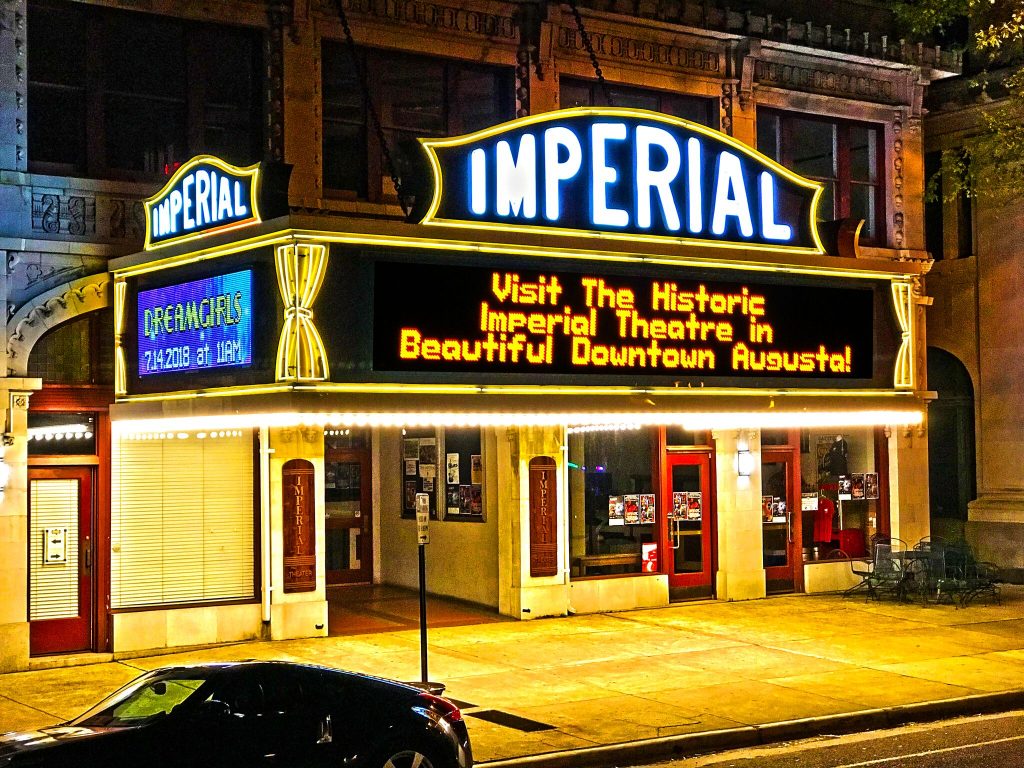 If you are interested in taking a tour visit our Tour Information page.